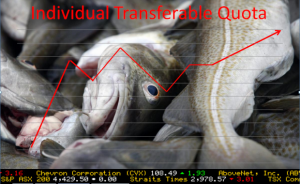 An ITQ is an Individual Transferable Quota.  It is part of a quota system in which the managing agency divides up catch shares of the Total Allowable Catch (TAC) for the fishing season.  This essentially, creates a “stock market” like system for the fishery where ITQs can be bought and sold.

Setting up this type of management system is often contentious because some consider this process a privatization of public resources and others are concerned about the equity of the initial ITQ allocations.  Generally, the starting ITQs are based on recent records from the fishery, such as boat ownership or prior catch.  Once the system is in place, ITQs can be rented, bought, or sold.

While ITQs are considered effective in preventing “tragedy of the commons” collapses of fish stocks and have been credited with helping restore some fish populations, the approach remains controversial in some fisheries due to concerns with consolidation of ownership through market-based approaches. 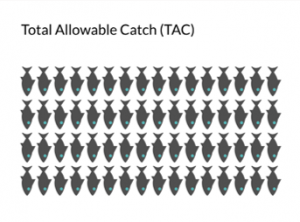