A longline a type of fishing gear that is generally used to target pelagic species, such as large tuna and billfish.  Baited hooks are attached to a long fishing line via shorter branch lines called snoods or gangions.  Longlines can be anchored or freely adrift (with tracking devices so they can be retrieved).  In certain open ocean fisheries, these lines can be miles long and hold thousands of hooks.  They can be located at the surface or deeper in the water column.

Due to the nature of the gear, longlines are often subject to bycatch of unintended species.  Management strategies to reduce incidental take of sharks, birds, turtles and other species include setting the lines quickly, at deeper depths, and at night.  Sound deterrents can also help ward off seabirds. 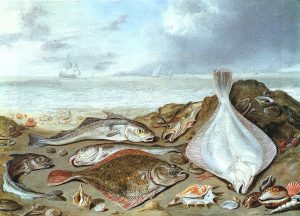 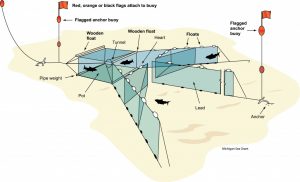 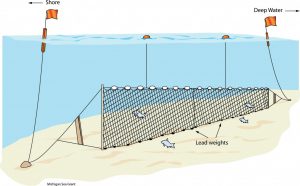