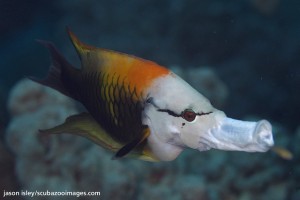 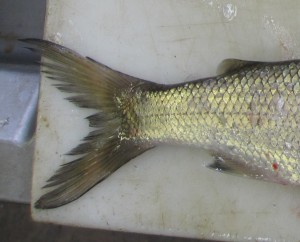 The caudal peduncle is the tapered region behind the dorsal and anal fins where the caudal fin attaches to the body.  The depth of the caudal peduncle, which is measured at its narrowest point, gives some indication of the power of a fish and the speed at which it can swim.  For example, ambush predators, like barracudas or gars, have a caudal peduncle that is not much narrower than their torpedo-shaped bodies.  They can lie-in-wait and then give a few powerful thrusts of their tail to surprise a prey fish.  Other very fast swimming, powerful fish, like tunas and mackerels, have a very narrow caudal peduncle.  They can even have keels, like those on a boat, to help support and stabilize the caudal fin and make swimming far and fast more efficient. 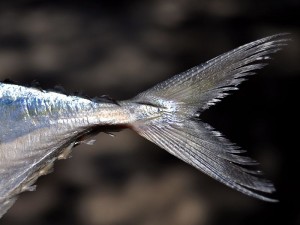 A narrow caudal peduncle is common in fast, far-ranging fish